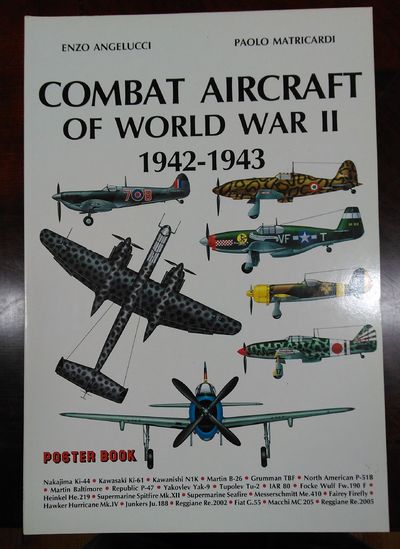 Used; Very Good. Military Press, New York, 1988. Softcover. Book Condition: Very Good. 63 pages, many color 3-views, pictorial wrappers, very good. 10 by 15 inches. Illustrations by Pierluigi Pino. From the back cover: "On the 50th anniversary of World War II COMBAT AIRCRAFT OF WORLD WAR II POSTER BOOK series, consisting of 8 volumes, was created to present in the form of full-color posters suitable for framing, all of the combat aircraft which took part in the conflict. Fighters, bombers, assault aircraft, torpedo launches, from the biplane of the late thirties to the first jets of 1945, from the most famous to the lesser known are described and listed according to the period in which they were projected and employed, all accompanied by original photographs and technical information. Also included are chronological and general notes regarding the countries involved in the war. COMBAT AIRCRAFT OF WORLD WAR II POSTER BOOK series presents these aircraft in lavish full-color illustrations drawn by specialist Pierluigi Pinto, in collaboration with historians and experts. This art collection, unique in its kind, offers a comprehensive and detailed outline of the protagonists in the air war that took place in the skies of Europe and Asia." . 1988. HARDCOVER. 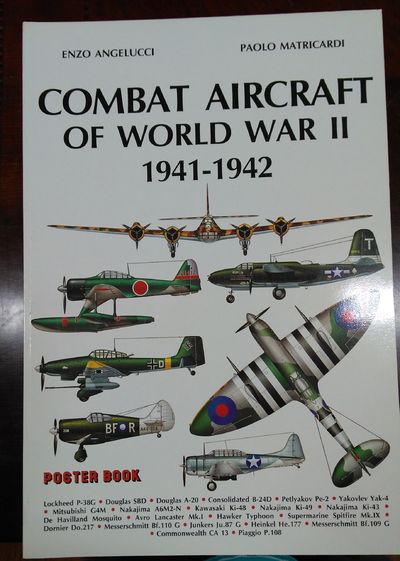 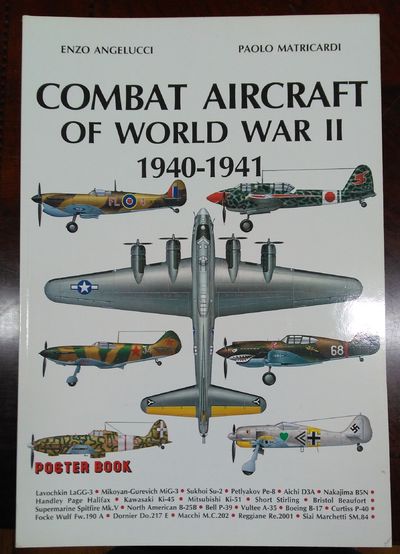 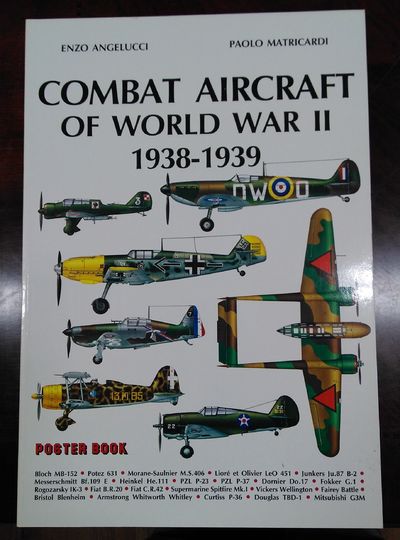 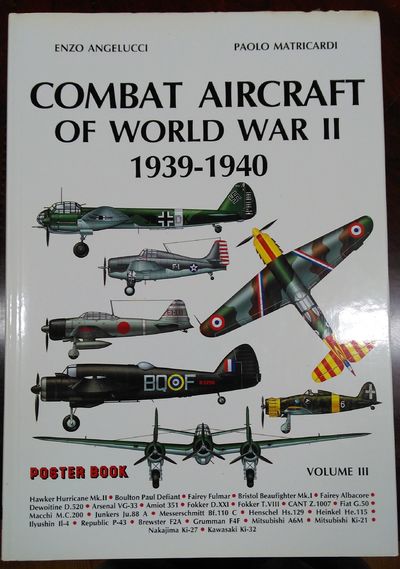 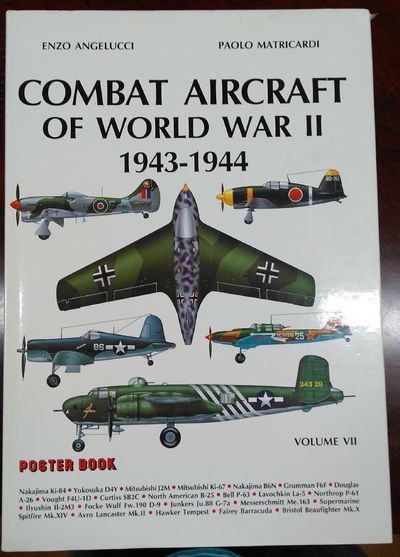